Unispace+50 and perspectives for the future – Rocket Science

A special youth and space panel will be held at UNISPACE+50 in Vienna on 19 June, including astronaut Scott Kelly, the UN’s ‘Champion for Space’. The panel will provide a forum to discuss technical advancements and findings in space and new opportunities for society, focussing, as the title implies, on young people!

We asked several young Europeans (and a Canadian!) working at ESA for their perspective on the future and what they hope to see in coming years.

Two years ago, I entered ESA’s Young Graduate Trainee programme with a position at the Agency’s ESOC mission control centre in Darmstadt, Germany. I am working on the Cluster mission, comprising four structurally identical spacecraft that fly in formation to measure the solar wind’s effects on Earth’s magnetosphere.

My job, thanks to my background in computer science, is to reengineer the mission’s monitoring tool, so that it would be easier for the flight control team to monitor the upcoming contacts between our spacecraft and the ground stations. The tool employs a simple visual timeline, with many more functionalities than before, to make our lives as spacecraft operations engineers and spacecraft controllers easier.

However, it’s not only what we do that fascinates me, but also the way we do it. Never before have I worked with such a diverse crowd of people, and as well I have never before worked in such a peaceful, nourishing environment where knowledge is shared, help is always offered and there is belief and trust in others and yourself to do your job with your best effort. For space in the future, I think youth today can look forward to worldwide collaboration and to overcoming artificial human-created borders! 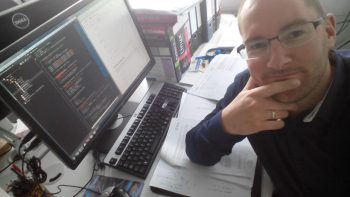 For space in future, youth today should most look forward to work together openly, with a focus on sharing and collaboration.

The spirit of open source, which comes from the software world, should be applied to all areas of space exploration – because what we need to truly advance access to space is to allow everyone to get involved! 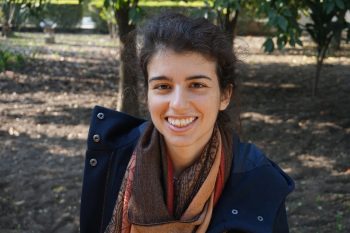 There are three main aspects of future space activities that I find exciting. The first one is related to exploration: In the upcoming years, we will witness increasing efforts to send astronauts to Mars and, in general, beyond low Earth orbit. Several projects – like the Lunar Orbiing Platform – Gateway and Moon Village – are evaluating extended human presence in orbits much more distant from Earth than the current International Space Station. These initiatives could contribute to a deeper understanding of the limits of the human body (and mind) in space and how to handle these.

Another interesting field is the development of planet-hunter missions, such as NASA’s Kepler spacecraft now in orbit and the planned ESA Plato and Cheops missions. The goal of these spacecraft is to find planets outside our Solar System and, in particular, to identify planets with a habitable environment. The findings of these missions are incredibly fascinating as they shed light on where life could have developed outside of Earth.

Finally, in the future, space will be more and more an enabler of new technology and applications. This is already happening right now with navigation services such as GPS and could be even more exploited and integrated thanks to the improved accuracy offered by Galileo. Other opportunities are offered by the processing of satellite images in fields such as agriculture or monitoring of land and water use. 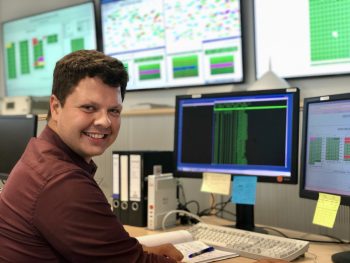 My work in the Navigation Support Office has given me a profound example of the way in which space technology is an integral part of our everyday life. The work I do now inspires me to dream of a future where the line between space and daily life continues to blur…

For fifty years, uncrewed spaceflight has been a one-way trip. Two related mission families, active debris removal (ADR) and on-orbit servicing (OOS), are looking to turn this trip on its head. Briefly, ADR involves the removal of dead satellites from useful orbits, while OOS includes the refuelling and repairing of satellites already in orbit.

After numerous stops and starts, rumblings are happening in all the right places. Technology demonstrations of advanced robotics are ongoing on the International Space Station, proving technologies for fuel transfer and battery replacement. It looks as though the world’s first ADR mission, e.Deorbit, will gain attention at next year’s ESA Ministerial Council. Discussions continue at UNCOPUOS, the UN body which allows countries to agree on standards and norms for the peaceful use of outer space. Industrial players around the world are jockeying for position as this market emerges. All the while, valuable orbits in LEO and GEO are slowly but steadily filling up with active satellites and debris alike.

ADR/OOS promise an economically viable revolution in space activities to which today’s globally-minded, engaged youth are well-suited. There is a lot of work to be done, but with determination, we can make these missions come to life and change the way we look at space itself by making in-space repair as everyday ordinary as satellite navigation is today.

Find out more about the misisons and activities mentioned above: