Early last year, Tom Mpindi was an usher and pastor at Mutundwe Christian Fellowship, a church run by Tom Mugerwa.

The 44-year-old had, in 2015, before the Lord’s calling, owned a chain of bars and makeshift cinema halls in Wabigalo, Kansanga and Namuwongo slums. With a dozen children to take care of, Mpindi realized the time was up for him in that line of business.

That is how he ended up at the nearby Mutundwe Christian Fellowship where he initially enrolled as an usher.

“Serving the Lord is a calling. I dedicated all my time to serve the Church. Every Saturday, Pastor Mugerwa would give us Shs200,000 for transport and also help us with family upkeep,” he said.

For him, this was sufficient for one who reported to work at the Mutundwe based Church between 9:00am and leave at 6:00pm from Monday to Saturday.

In 2019, he was promoted to Pastor which meant he was in a better position to take care of his family.

Then in March last year, President Museveni imposed the first lockdown in order to curb the spread of Covid-19. Churches were among those affected by the orders.

This rendered him, like millions of other Ugandans, jobless.

With 13 children and a wife, the pastor struggled to make ends meet.

Luckily for him, he was able to turn one of his rentals in Kisugu into a retail shop.

The retail shop, and an idea to begin making bricks helped feed his big family. But still, they lacked since he was grounded home full time.

Since then, almost 15 months later, he has managed to make 30,000 bricks he hopes to sell.

But then in June, President Museveni ordered the closure of schools and the suspension of non-essential travel between districts.

The President, in an address to the nation, said the country had further recorded many severe and critical cases of Covid-19 in two weeks than it had done in the first three to four months of the first wave last year.

Government, through Prime Minister Robinah Nabanja then announced it would use mobile money to deliver Shs100,000 to vulnerable people. 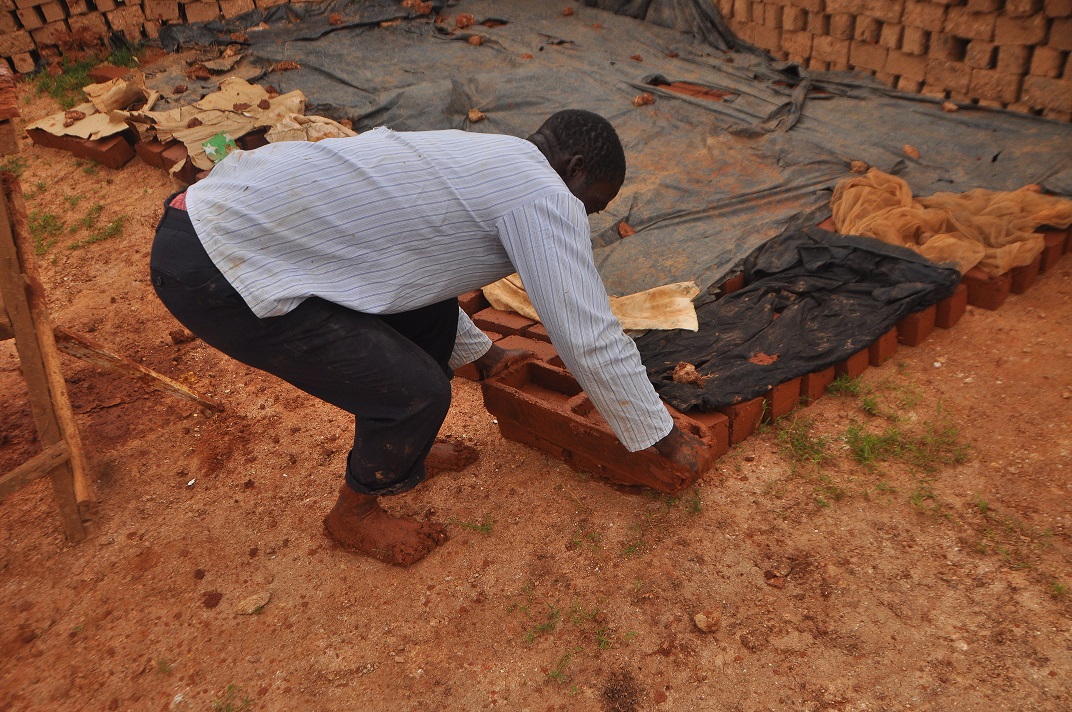 But Mpindi says this is a drop in the ocean and he does not understand the criteria being used to distribute the hand out.

“I am already struggling to feed my family. I do not know the criteria being used to choose the vulnerable for the money but it is little. In a week, I spend Shs50,000 to buy a bag of charcoaI, I buy posho weekly and without sauce I am already past the Shs100,000 that Prime Minister Nabbanja has promised vulnerable Ugandans,” he said.

Although Pastor Mpindi has found joy in the work of his hands, because it has kept him busy, he believes lockdown should be lifted so that people can get to work.

“However much you ask God to bless the works of your hands when you do not have anything to do, what will God bless then? God encourages each and every one to work first, and I believe we should be given the opportunity to work,” he said.