Tormented Souls styles itself a modern take on the classic survival horror genre, and from my time with it for this preview, I’d say it succeeds. You play as Caroline Walker, a young woman who receives a mysterious photograph of twin girls that sends her on a trip to an abandoned mansion-turned-hospital to search for them. Shortly after arriving, Caroline is knocked out. She regains consciousness naked, hooked up to medical equipment, and missing an eye–quite a brutal introduction to a hospital where things have clearly gone very wrong.

As you explore the abandoned hospital, you’ll view it from fixed camera angles like the classic survival horror games it pays tribute to. While the lack of tank controls means switching from one angle to another occasionally causes a bit of directional confusion, it’s a welcome return of a feature used to show off the dark and sinister environment while also adding tension due to enemies you can hear just out of sight. You’ll want to explore each area thoroughly, because while a prompt appears whenever you’re near something you can interact with, there’s no telltale sparkle or other hint of items you can pick up. Instead, you’ll need to pay close attention and inspect everything to get the items you need.

Most of these items will be used for solving the numerous puzzles that block your path. These range from simply finding the right item to get past an obstacle to trickier riddles you need to solve. The puzzle interface can be slightly confusing at first, since the inventory screen opens when you interact with the environment whether you need to use an inventory item or not. Once I got used to it, however, I found it to be fairly intuitive. I enjoyed finding new items to unlock new doors and gradually increase the number of areas I had access to, always one of my favorite parts of survival horror exploration. You’ll also want to keep an eye out for tapes, one of the most valuable limited resources in the game, because they allow you to save your game at tape recorders found in certain rooms. 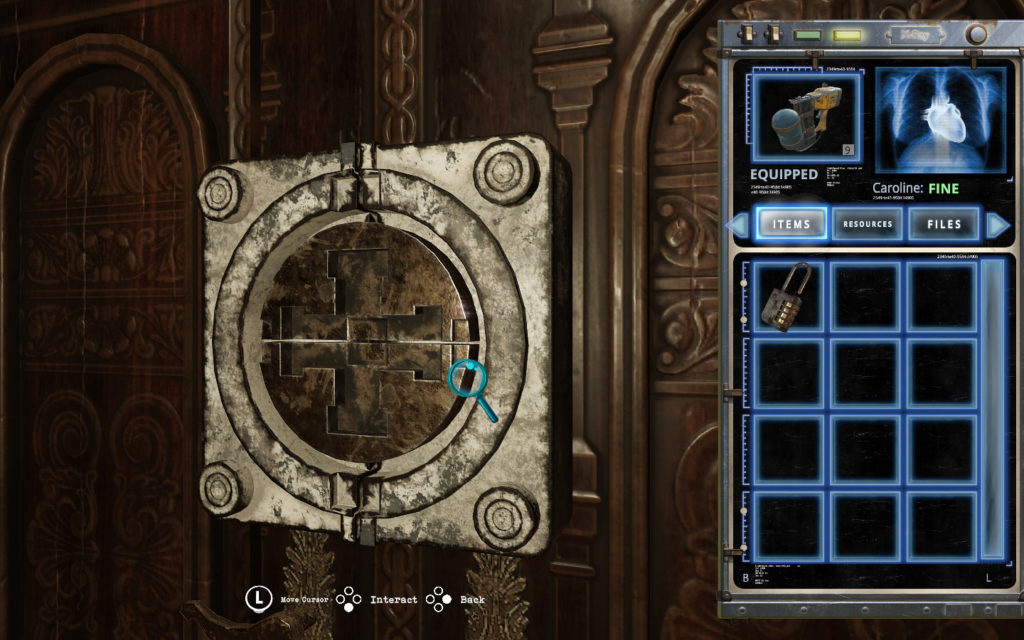 The only part of exploration that feels a little odd is the map system. My understanding is that the original intention was for the player to rely solely on maps on the walls in certain rooms, with no ability to check the map at other points. That must not have been well-received. Now whenever you find a map on the wall, there’s also a second copy of the map sitting nearby for you to put into your inventory and look through at your leisure. It works fine, and I was happy to have maps with me to consult, but the double maps always came across as rather awkward.

As you make your way through the hospital, you’ll also come across a number of dangerous enemies to fight. Ammo was scarce enough to make me nervous while still being plentiful enough that I felt the best option was always to kill any enemies in the room. However, enemies are dangerous enough that you’ll need to take care not to get hit often. Another level of danger comes from the darkness. Caroline can’t be in the darkness for too long, but your light source must be equipped in place of your weapon. This means that you can’t fight enemies in a dark room, leading to frantic situations where you must lead them to a lit area or find a way to light up the room so you can fight back. 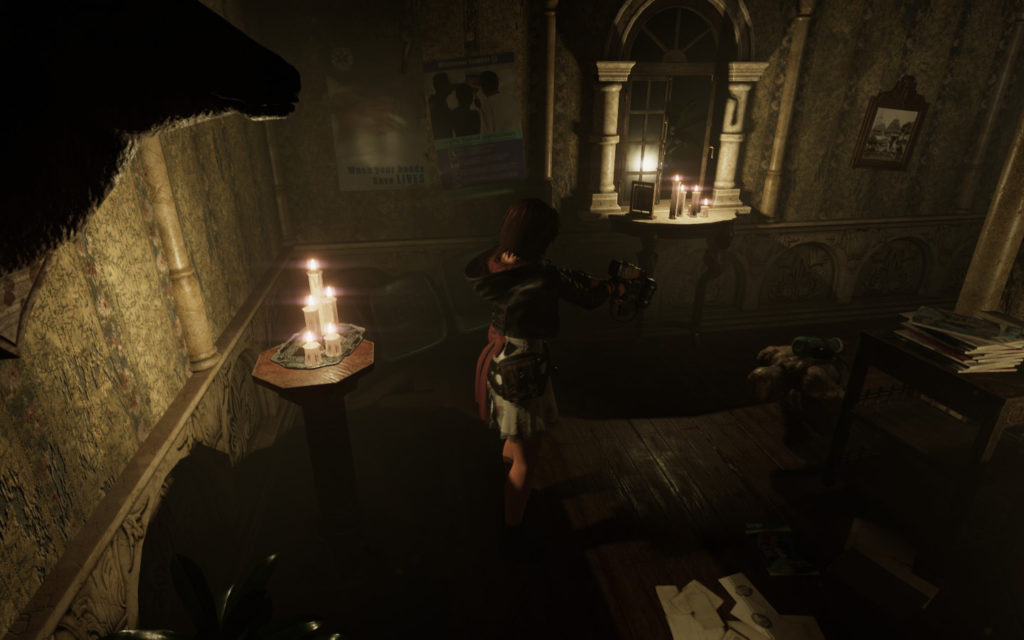 Meanwhile, numerous notes and other documents slowly explain the horrific events that took place in the hospital and begin to unravel the mystery surrounding the twins. I like what I saw of the story from these notes, and it sets up a strong horror story for the game. Less impressive are the scenes in which Caroline interacts with an occasional other character, with awkward voice acting that doesn’t necessarily match the subtitles and a general sense that she’s taking extreme events way too calmly (like many survival horror protagonists before her).

Between its dark premise, unsettling environments, and especially its use of classic survival horror exploration and puzzle-solving, Tormented Souls has won me over and become one of the upcoming horror games I’m most looking forward to. It will be released later this year.