The Movie Sleuth: It’s Too Late For Heroes: The Tomorrow War (2021)

Chris Pratt helps in the battle against an invading alien enemy in last weekend’s premiere of the long delayed science fiction action film, The Tomorrow War.

Initially meant for a theatrical release, the movie was pushed back due to the COVID-19 pandemic and then was purchased by Amazon for their Prime streaming service. The troubled film suffered other numerous setbacks during production including various injuries including co-star Sam Richardson who suffered a knee injury and torn hamstrings.

Finally premiering over the holiday weekend, Chris Pratt and a band of untrained but militarized everyday heroes attempt to save the world from an alien presence that’s hell bent on obliterating the entire human race in the future world of 2050. Using numerous plot riddled time travel elements, The Tomorrow War is pure escapist action that never relents in its massive set pieces but stumbles at making any sense of its problematic story.

Taking writing points from dozens of far better genre films, this Amazon original is further proof positive that some films belong on streaming services versus theatrical as Pratt revels in mediocrity in a film that’s high on fun and visual effects work but extremely light on trying to separate pure nonsense from what’s meant to be a heartfelt tale of saving the world from an invading enemy. TTW capitalizes on story points from Aliens, Edge of Tomorrow, the Terminator series, and dozens of others while never doing anything original other than giving us a full look at the enemy. Where so many films shy away from revealing the creatures, this one at least lets us see full motion and intricate details of the aliens that are tearing through the planet’s fleshy resources.

The biggest issues with The Tomorrow War lie in its exceedingly long run time, its total disregard for originality in any sense, and the wide plot holes that the writing team didn’t bother to fix. This is always troublesome with flicks about wormholes and/or time jumping tech, but here we end up in the same grey area as Avengers:Endgame. The creatives make a set of rules, then completely break them at each and every turn with little regard for their captive viewership or the project they’re trying to complete.

Although there are numerous flaws in the writing, the movie is still a blast of fun. And the cast really does uplift the problematic script. Chris Pratt is his usual self and carries the film with ease despite they typecast nature of his character. He’s fallen into the trap of always playing the flat, relatively naive male figure that finds himself in the center of the action. J.K. Simmons and his awesome beard show up for just enough time to prove he’s still one of the best out there. He plays Pratt’s long lost militaristic father with that certain flair and amazing vocal inflection he always brings to the playing field. And Yvonne Strahovski is a definite force to be reckoned with. She arrives on the scene and steals all the thunder from Pratt whenever she’s on screen. Honestly, she should have been the central player in the movie. Sam Richardson carries the comedic edge as Edwin Hodge continues to prove his dynamic worth as a veteran of the future war that’s done repeated tours of duty against the aliens.

The Tomorrow War has its problems and isn’t going to take any awards for being the smartest action sci-fi out there. But, there’s enough fat to chew on here to keep it entertaining for a little over two hours. If you can set expectations for greatness aside, this is what summer blockbusters are meant to be for the most part. Sure, it’s dumb. And yes, it’s bombastic. But when it goes for the gusto, director Chris McKay pays tribute in a certain way that feels totally silly but right. 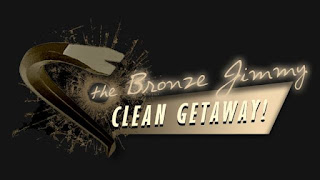