Nintedo have announced a new Nintendo Switch OLED model which will be releasing on October 8th.

A brand new Switch model has been announced by Nintendo, the Nintendo Switch OLED model which will be releasing on October 8th which will be sold for $350 USD. This new model features a larger 7-inch screen which displays on a 720p OLED display. The model will support 1080p via docked mode.

Other new features for this model are the adjustable kickstand for tabletop, with 64 GB of built-in storage (compared to the 32 GB on the original model), a new dock with a wired ethernet port, plus improved audio for the handheld or tabletop mode. Nintendo have also confirmed “up to 1080p via HDMI in TV mode” which means this goes against the previous rumours of this being the 4K version with OLED.

The new model won’t be gaining any extra playtime as the battery life will be up 9 hours, which is the same the original Switch. The size of the OLED version is slightly different, being longer and will be 0.71 pounds heavier (0.32 KG) than the original. 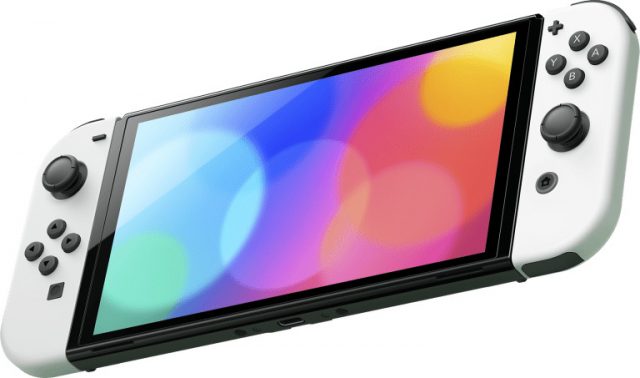 There have been a number of rumours floating around that a new Nintendo Switch model was in the works, which also rumoured an OLED screen. However, this does not come with the 4K upscaling which was speculated. 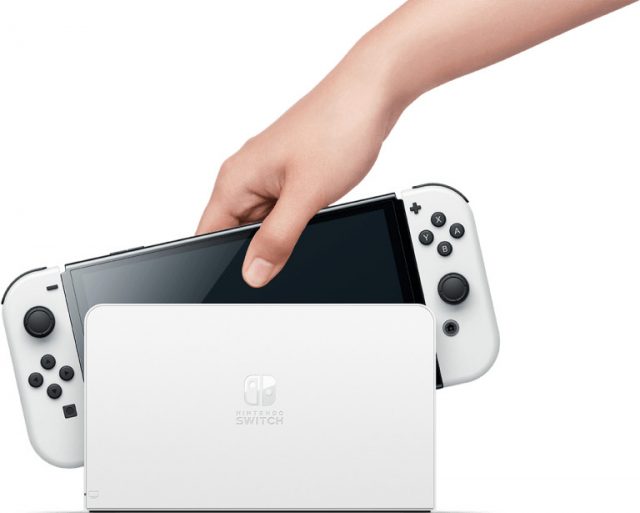 This follows the last released model the Switch Lite which is a smaller version with no TV docked mode.

While this is no surprise that a new model would released, time will tell if Nintendo fans will be willing to pay more for only a slightly larger OLED screen and built in ethernet connection in the dock, but with the drawback of being slightly heavier.

As a Switch fan while I like the idea of a larger screen in handheld mode, as I mix between docked and handheld, I’m not sure if it’s a big enough leap to warrant an upgrade. The added built-in ethernet will be welcomed for those looking for a steadier connection, especially if spotty wifi is an issue, however there have been third-party licensed options available. I do think the new white joycons and dock look nice but maybe not enough to sway me. Those who may own a Switch Lite and thinking to upgrade, or those thinking of getting a Switch for the first time may find this a better option as it does feature a better sound system in handheld mode plus better built-in storage.

It wouldn’t be too much of a surprise if another model is in the works as the rumoured Switch Pro, as Nintendo are notorious for their multiple versions of devices such as the 3DS. The Switch Pro has been speculated to also feature an OLED screen but with 4K capability and increased battery life.

What do you think of the news of the Switch OLED model? Let us know in the comments below.

Nintendo Switch OLED will be releasing on October 8th for $349.99.